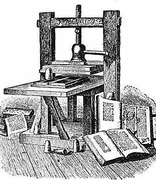 This group does not have any discussions yet.

Rochford Street Press is proud and amazed to announce the double launch of:

THE SELECTED YOUR FRIENDLY FASCIST  edited by Rae Desmond Jones.

"Your Friendly Fascist was a poetry magazine so deep underground that it caused tremors among persons of a pious literary persuasion on the dread occasions of its appearance. The magazine served as an outlet for views and feelings which are not expressed in polite company. Your Friendly Fascist was not the only outrageous small literary publication of its time, but it took pleasure in divergent views. Poetry can tend to sombre pomposity, or the self –consciously polite. If there is a secret to the Fascist’s modest success, it is in the energy with which it rode on the un-ironed coat tails of unruly expression. Rae Desmond Jones and John Edwards remained at the helm of the magazine despite frequent inebriation, from the magazine’s beginnings in 1971 to its final burial with absolutely no honours at all in 1986. Rae Desmond Jones has made a selection of material that appeared in YFF and pulled together an creation that sits well with the ratbaggery tradition that was Your Friendly Fascist."

P76 Issue 6 (The Lost Issue)
This was an issue of P76 which was being compiled during 1992 and 1993 but, for a number of reasons, never saw the light of day. Now, 19 years later it is finally set to emerge into another century! Edited by Mark Roberts and Linda Adair. It contains work by M T C Cronin, Adrian D’Ambra, Rae Desmond Jones, David J Cookson, Gary Dunne, James Bradley, Coral Hull, Margaret Bradstock, John O’Brien and joanne burns. Review of Victor Kelleher’s Wintering and Andrew McGahan’s Praise. Cover Design and art work by Narelle Adair. Artwork by Karin Jackson and Lucie Adair-Roberts.

You need to be a member of Poetry Publishers to add comments!