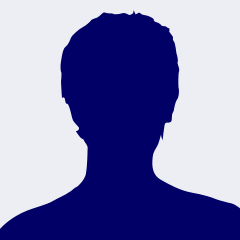 A bed came through the front bedroom window on a fine sunny afternoon,

With the promise that she would follow it, if his supper was not ready soon,

Another match made in heaven and all good things comes to he who waits,

She watches him devour his supper and afterwards washes up his plate.

To say they have a few problems would be the understatement of the year,

But home is where the heart is even if it means the odd belt around the ears,

These two lost souls found each other afterhours sitting together sitting at a bar,

They both looked better in the drunken haze, and so it is they have come this far.

We followed the crowd across the field to a grotto built into a hedge,

It was dark and people only spoke in whispers, everyone was a little on edge,

In amongst the smell of cigarettes and alcohol and the blood sweat and tears,

There hung around us the distinct and almost forgotten taste of primeval fear.

We gathered around the statue of our Lady, she looked majestic in blue and white,

Everyone looking for some little sign, to justify them standing there that night,

Someone staggers and almost faints; people demand to know what she saw,

That was enough for us and we started walking out the gate and back to the car.

I had just about turned eighteen when out of the blue it hit me like a bomb shell,

It started out as just a small stich in my side and then dragged me down to hell,

Eventually it got so bad they took me in and I had to have the operation,

They shaved me from the knees to navel and painted me pink around that section.

The appendicitis a small useless part of the body that can bring us to our knees,

On the weekend my friends came to see me and soon they all begin to tease,

Go on then give us a look, try not to make him laugh the nurse shouts from the hall,

As they lift the sheet they all gasp out loud, Jesus will you look at his Yul Brenner balls.

It all started out in fun, on an otherwise normal downtown Saturday night,

The very last thing that we all expected, was an unforgettable all in fight,

A three piece band for their part, had most of the pub signing along,

Requests were welcomed and a young disabled man was asked to sign a song.

His brother looked for the mike as his sibling was not able to stand,

When the band refused to hand over the mike, it was soon on for God and man,

The band assumed that he was too drunk to stand, a huge misunderstanding,

It was too late by then as all hell broke loose, and the entire pub decided to join in.

The kids all hated when their mother asked Grandad to lend a hand,

It’s not that he was unkind; it was his watchdog they could not stand,

No sooner would she be out the door, when he produced his little spy,

He used to pop it onto the mantelpiece, his old reliable glass eye.

As little kids they were all convinced that it followed them around,

It could see everything they did even when they could not be found,

Until that one faithful day when their cousin made them all watch,

As she dumped old reliable into the toilet and smiled as she flushed.