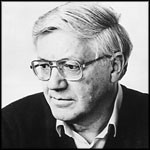 The Peter Porter Poetry Prize is one of Australia’s most lucrative and respected awards for poetry, and guarantees winners wide exposure through publication in ABR.

The guidelines and entry form are now available from the ABR website – www.australianbookreview.com.au – and attached here.

Poets must be Australian citizens or have permanent resident status in Australia. Each entry must be a single poem of no more than 100 lines. Multiple entries are permitted, and all poems will be judged anonymously. A shortlist comprising a maximum of six poems will be announced and those poems published in the March 2012 issue of ABR. The winner will be announced in the April 2012 issue.

RSVP for The Peter Porter Poetry Prize to add comments!