A Tribute to Charles Bukowski

Charles Bukowski reading his poem "The Secret of My Endurance" 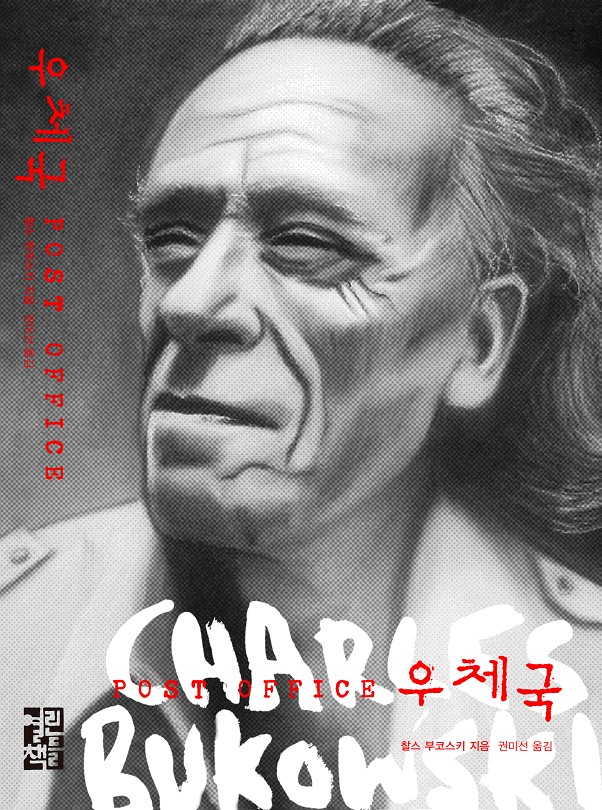 This is a cover illustration I did for a book published earlier this year on the poetry of Charles Bukowski.

Henry Charles Bukowski (August 16, 1920 – March 9, 1994) was an American poet, novelist and short story writer. His writing was influenced by the social, cultural and economic ambience of his home city of Los Angeles. It is marked by an emphasis on the ordinary lives of poor Americans, the act of writing, alcohol, relationships with women and the drudgery of work.

In 1986 Time called Bukowski a “laureate of American lowlife”. Regarding Bukowski’s enduring popular appeal, Adam Kirsch of The New Yorker wrote, “the secret of Bukowski’s appeal. . . [is that] he combines the confessional poet’s promise of intimacy with the larger-than-life aplomb of a pulp-fiction hero.” read more on wikipedia.org 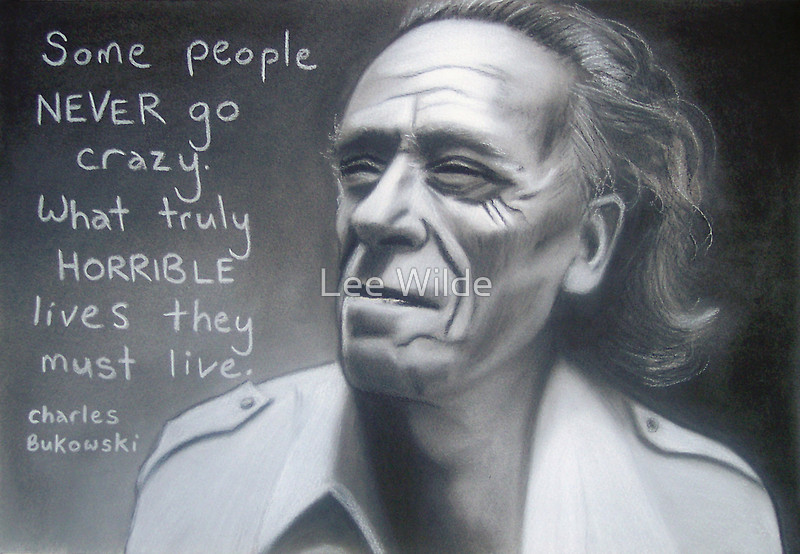 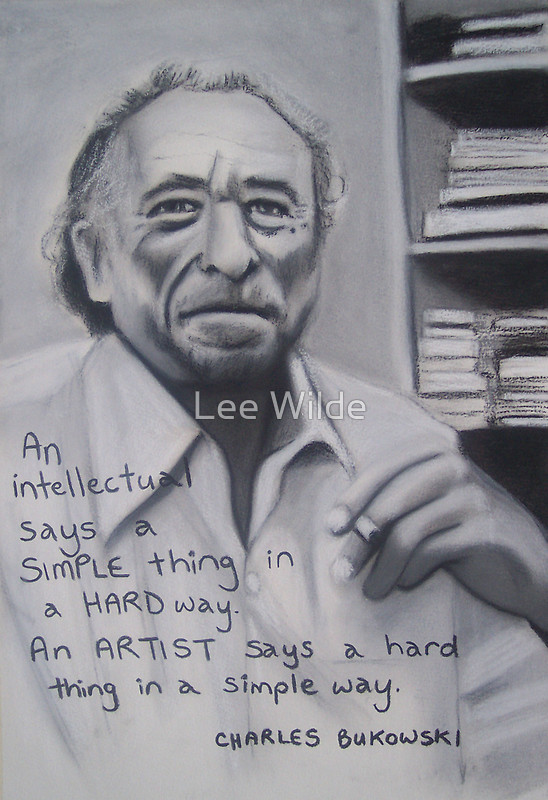 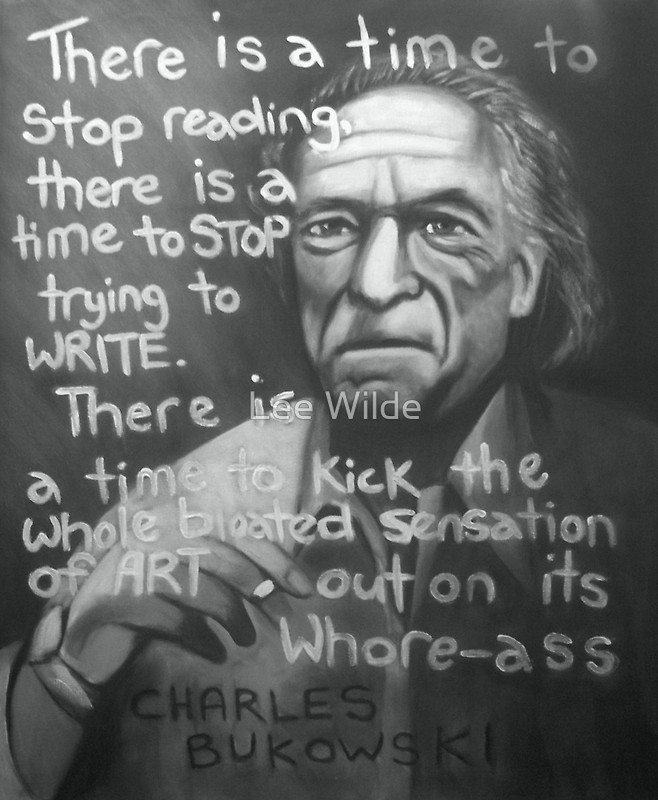 Thanks Mary. When I moved from Perth to Sydney last year, I stayed in a small hotel in Darlinghurst for a few weeks and found the "colourful street life" I've heard so much about, veils a drab existence for the poor, the drunks and homeless. This reminded me of Bukowski and I began reading his poems again. What I admire most is his blunt, no-bullshit way of speaking.

That's lovely, Corey. I found myself ignoring the line breaks and simply reading it as prose.... a piece of micro-fiction.