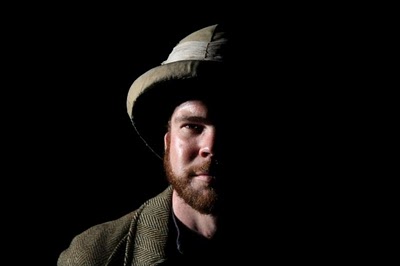 I like having shoulders broad enough that I can pick up a set of shelves and walk up a few flights of stairs, when I've had to.

I like being able to do pushups and  climb things and jump a few fences if I had/have to, or being able to sprint so I don't miss that train (or only just barely miss it, anyway).

I like feeling strong and that I can defend myself when I've had to.

I like having the genitals I have and the way they can make me feel, I like the impulses they give me, in enjoying the sight and smell and touch of other bodies.

I like the hair on my face and shaping it to look how it suits me. I like having big lungs and a big voice so people can hear me, when I want them to.

All of these things I like. It feels like I'm confessing but I have no shame about these things.

What I don't like about being a man is that somewhere between the time where I was more scared of women than they were of me, as an object, was learning all that shame.

I don't like how unsafe women feel in society. I don't like being the object of fear, potential danger, harassment, or even just annoyance.

I don't like thinking back on times, incidents, moments in my past where I have definitely done, said, allowed things like that to happen.

I don't like how I've interrupted, shouted down, ignored, competed with, and taken up more space than I needed, around others.

I don't like that it's taken me this long to get here, figuring it out.

I don't like having to connect all the things above that I like about me, my body and who I am, with all these other things that do not like about who I am.

I don't like how close to home this all is. Whether it's Brunswick or beneath the skin I live in.

I don't like trying to figure out, think through how much of this is my fault. Me. But I'm trying to.

Enough good people have already been hurt and killed.

Gave up on giving up
Because being a misanthrope
Only works around people
...other people

The most times
I've masturbated in a single day
Is six

I know
For example
That I'm not
My own harshest critic

Either way I'm almost certain
She doesn't agree with him
Even if I do, at times

She's the smartest person I know
...except for the bit
Where she's still going out with me
She's also the kindest

I still have some stories to tell
When the kid asked me
What it's like to work in prisons
When someone asks
what all that extra stuff on my bike is for
When my teacher asked who Randall is...

Even if it is
A perfect
Fucking
Metaphor

It's sometimes seems pointless
It's not
Really

Stole a four-pack of batteries from the supermarket tonight, then ate a big bag of potato chips, then ran through three maybe four sets of red lights getting home, because why not. There's no judgement under this moonlight.

Light running on third phase power, off the grid.

Listening to Trent Reznor's social network soundtrack. The ride home has lots of highs and lows. My fingertips are cold, my face is warm. Then it's the opposite, and back again. I love it out here.

My bike is perfect, it is the very height of human evolution and technology. My bike specifically. It is at the top of the ramp above Flemington Bridge Road, with me.

I'm looking forward to returning to Sydney in September/October 2011. Here's what I'm all about

Tales Told by an Idiot (my poetry blog)

I'm a performance poet who regularly visits Sydney, and I just wish I'd known about this site sooner!

Anyway over the past 18 months I've performed nearly a dozen features in Sydney for poetry nights at UTS, Live Poets at Don Bank, Word in Hand and Text Styles (plus something else I'm probably forgetting right at this minute).

I've haunted Melbourne poetry for a while, and been in poetry slams in New York and London, ran a weekly…

Hi Randall, and welcome to the Sydney Poetry social site.

I'm sorry you haven't happened across us sooner too!

This being a social site the more we all do here the more interesting it becomes for everyone.

There's no membership fee and no middlewoman – there is though just a bit of moderation to keep it clean and on-topic.

Good to see you diving in already & I hope to see more from you soon.