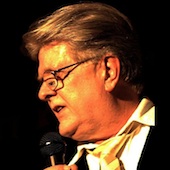 A special evening...Jade Oldfield, Convener of the very successful Caravan Slam, MC and featured poet along with 2 new faces for WordinHand...

Jade is a Sydney based performance artist, who likes to go on little adventures from time to time. For the past 4 years Jade has been busy "cutting her teeth" amongst the international slam community. She's performed at New York's infamous Nuyorican poets cafe, various U.K Summer festivals and represented Bristol in the 2010 National Slam titles.

Jade is the MC and co director of Sydney’s monthly poetry slam event Caravan Slam. A grass roots poetry slam, providing a platform for the slam curious and slam veterans.

Jane is a Sydney based artist who makes theatre and live art. She has performed works across Germany, Scotland and Australia, and is currently the Co Artistic Director of Crack experimental theatre festival. Jane feels constantly seduced to play, push and poke fun at the performer-audience relationship. She likes to explore the intimate and the taboo within her solo work, and collaborate adventurously as a director and performer. Her recent achievements include The Passenger a performance inside a moving car at the Anywhere Festival Brisbane, Faster Lady Godiva Faster at This is Not Art, The Bonfire at Newtown Theatre and The Hideous Demise of Detective Slate, Which received the Excellence in New Theatre Award at Sydney Fringe Festival 2010, and was also broadcast as a 5 part series on FBi radio. Jane has a Bachelor of Performance from the University of Western Sydney which she has respectfully laminated and made into a placemat. She's also enjoyed working with organisations such as Performance Space, Version 1.0, Team Mess, Penguin Plays Rough, The Deconverters, PACT and piLAB performance collective.

Hi I'm Art Rush, I've been a singer-songwriter, rapper, filmmaker and I guess poet since I was 16. I've put out 15 albums since 2007, seven of which are part of an ongoing project I call FIFTY MALLS. I plan to release 50 albums about 50 Sydney shopping centres. I try to capture modern life and I've spent years trying to find some way to express sound of the suburbs at night.